Providing you with Religious Supplies Since 1933

Catechism of the Catholic Church

A catechism is the name given to a written work that contains a summary of all the beliefs of the faith that is used as a teaching tool. Until the second half of the twentieth century, for millions of Catholics in the United States the word catechism meant the Baltimore Catechism, which originated at the Third Plenary Council of Baltimore in 1884 when the bishops of the United States decided to publish a national catechism.  The Baltimore Catechism contained 421 questions and answers in thirty-seven chapters and gave unity to the teaching and understanding of the faith for millions of American Catholics.  Its impact was felt right up to the dawn of the Second Vatican Council in 1962. At that time, Blessed John XXIII articulated a vision for the Fathers of the Second Vatican Council that charged them to guard and present more effectively the deposit of Christian doctrine in order to make it more accessible to the Christian faithful and all people of goodwill in the contemporary world.  Eventually, it became clear that the development of a new universal catechism would be beneficial, especially since the Church has grown and the world has changed significantly since 1566. In 1985, at a synod of bishops in Rome convened to celebrate the twentieth anniversary of the conclusion of the Second Vatican Council, a proposal to develop a universal catechism for the Catholic Church was made and accepted.  The outcome was the Catechism of the Catholic Church, first published in 1992,  A new edition with some modifications was released in 1997. The Catechism of the Catholic Church is arranged in four parts: The content of the Catechism is faithful to Apostolic Tradition, Scripture and the Magisterium. It incorporates the heritage of the Doctors, Fathers, and Saints of the Church and illuminates with the light of faith, contemporary situations, problems and questions. English Catechism: Size: 1.91" H x 9.06" L x 6.08" W (2.7 lbs) 920 pages Spanish Catechism: Size: 1.7" H x 8.9" L x 6.0" W (2.5 lbs) 804 pages 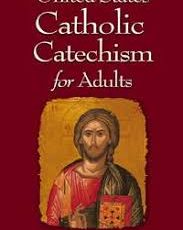 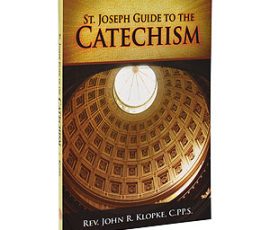